How the Russia-Ukraine Conflict Is Impacting Markets

It has certainly been an eventful six weeks in the global financial markets. Investor concerns about rising interest rates and overstretched valuations in some areas of the equity market were quickly overshadowed by major geopolitical events. The equity, commodities and bond markets initially reacted as investors would expect to the Russian invasion of Ukraine. Reminiscent of the European political conflicts that preceded the Second World War, Russian troops charged across Ukraine’s borders. Diplomacy failed to produce a peaceful de-escalation of the conflict, and at the time of this writing, Russia is now surrounding the capital city of Kyiv. 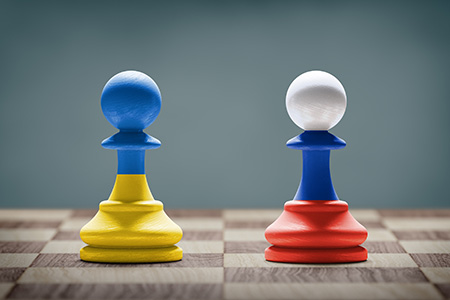 It goes without saying that the humanitarian impact is what matters most. Our hearts go out to all the innocent people who are caught in the crossfire of this war. As for the markets, we have a handful of important observations to help ease worried investors.

Equity markets fell and retrenched, bonds saw a flight to quality that later reversed, and oil spiked and has since pulled back a bit. While markets have historically rebounded rather quickly from regional conflicts over the past several decades, this was an unusually quick cycle. One important factor has been the NATO allies’ commitment to countering Russian disinformation at every step and releasing sensitive intelligence information prior to the initial shelling, allowing markets to price in some expected disruption.

The markets have already started to refocus on the issues that were concerning investors before the invasion, which include worries about inflation (especially fuel prices), the coronavirus, the timing and breadth of Fed actions, and the pace of global growth and earnings.

The Global Response to Russian Aggression

Economic sanctions already imposed, while comprehensive, did not deter the Russian invasion. Further, harsher sanctions may have little additional effect, but would be felt more widely. The lack of the most extreme sanctions at the war’s start (e.g. banning Russia from the SWIFT financial system, sanctions on Putin personally) mitigated the original market down gyrations.

As of this writing, the U.S., the European Union, Canada and the U.K. have announced new sanctions that effectively cut off some Russian banks from the SWIFT network. They also prevent the Russian Central Bank from selling its foreign assets to prop up its banking system and corporations hit by sanctions. We are not convinced that these effects have been fully priced into the markets at this time.

What Might Be in Store in the Short Term

We expect heightened levels of volatility across a variety of markets as this conflict plays out. For the past six months, inflation has been on the rise due to a combination of supply chain constraints, low interest rates, and excessive government stimulus. The invasion of the Ukraine has increased energy and commodity prices globally, which could fuel higher inflation in the coming months. This has the potential to depress consumer spending and cut into profitability of U.S. corporations. It’s something we’ll be watching closely.

Across the pond, European market risks may also stick around for a while. Despite the expectation that Russia will occupy Ukraine and install a puppet government quickly (within 90 days or so, unless a diplomatic solution is reached before then), risks to European economies and markets may linger longer and saddle Covid recoveries with additional hardships.

Finally, a long and extensive world conflict could hamper globalization. Long supply chains stretching across the globe have proven to be vulnerable to pandemics and armed conflict. In normal times, corporations can thrive on “just in time” supply chain management strategies, operate at a high efficiency level, and be more profitable. The last two years have sent companies scrambling to diversify their suppliers and bring manufacturing closer to home. This could impede corporate profitability going forward. Additionally, national security issues have once again come to the forefront as the government assesses the possibility that we may be purchasing our raw materials and finished goods from a country that could be our friend today and our adversary in the future.

The invasion of Ukraine is a heartbreaking situation that will have ramifications long into the future. Our hope is that the conflict is resolved quickly. We expect the market to have continued volatility as these events unfold, but it’s important to remind investors that the equity markets have made substantial gains over the last two years and corrections are very normal. Many corrections in past market history have centered around geopolitical issues—the Cuban missile crisis, the bombing of the Marine barracks in Beirut, the Gulf War, the Iraq War, and September 11th are a few that come to mind in modern times. Throughout history, the markets have absorbed the geopolitical news and reacted in the short term before investors refocused themselves on the economy and corporate earnings.

We understand that market emotions are running high, and we encourage investors to remain calm. If market volatility continues, this will provide an opportunity for us to rebalance our portfolios. Maintaining your target asset allocation is the key to long-term investing success. As investors, we concentrate on the big picture and do not allow short-term market events to dictate our strategy. Reach out to us today for personalized guidance for making your portfolio as strong as it can be during this time.

The Secret Behind Effective Wealth Planning

Over the years, I’ve walked beside clients as they’ve navigated all sorts of life events, big and small. One of the greatest lessons I’ve learned... more 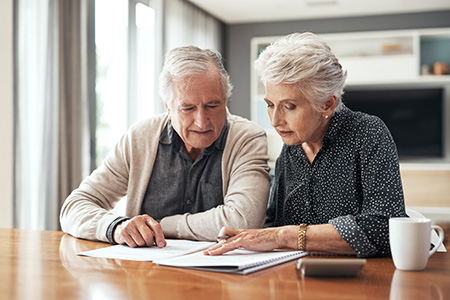 One Critical Detail Your Estate Plan Might Be Missing

We all know that death is a natural part of life, but end-of-life planning can still be a difficult thing to navigate. It asks us... more 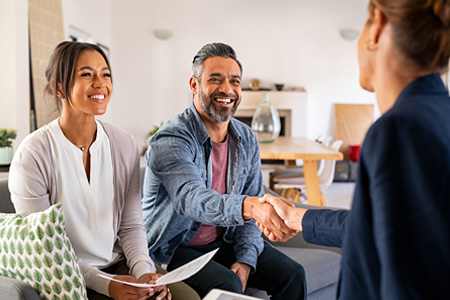 How to Get the Most Value from a Wealth Advisor

Whether you’re managing your wealth on your own or use the services of a robo-advisor or a basic advisor, there’s always room for more personalized... more